You can shop Tropic of C at the next e-commerces: Tropic of C
Goop
Moda Operandi
Buyma
Olivela
Selfridges
Tuchuzy
Holt Renfrew
Factory 54
LuisaviaRoma
Bandier
» Tropic of C also has IRL stores in London at Selfridges, Miami at Eight Space and at Tuchuzy. As of January 2020 Tropic of C confirmed 3 new destinations to shop the brand at; Bandier, The Marly Boutique (Cape Town) and Factory 54 (Tel Aviv).
Affiliates

According to two different sources Tropic of C will be in the Paraiso aka Miami Swim Week on July 12th.

Other highlights of the week will include supermodel Candice Swanepoel’s presentation of her sustainable swimwear line, Tropic of C, an awe-inspiring Maaji runway show at Paraiso partnering location, Brickell City Centre, and the Upcycle Challenge, a national, student-designer competition developed to give use to dead stock fabrics and textiles from reputable swimwear brands.

Candice has walked her first couture show tonight in Rome for the brand Fendi.

Candice officially made it to the Maxim Hot 100 list this year. While the format is so different from previous years in terms of no numbers revealed as the new format includes different categories, our girl appears number 27 in the Catwalk Queens category.

This trilingual South African stunner-turned-entrepreneur got her big break at 15 when a model scout picked her out of a crowd at a flea market in Durban. In the years since, she’s earned her Angel wings, launched a swimwear line called Tropic of C, and fronted too many ad campaigns to count.

Revive Candice’s cover, interview and shoot in our gallery.

Our girl is back to school as she confirmed herself on Instagram. She shooted this weekend with Russell James, makeup artist Virginia Young and hair stylist Diego Da Silva.

Tropic of C has been listed in a new list of brands to know! This time is Forbes who talks about Candice Swanepoel’s line.

Who better than to start a line of bathing suits than a swim supermodel herself? In 2018, Candice Swanepoel, the long-standing Victoria Secret Angel finally did just that with the launch of her brand, Tropic of C. Leveraging her influence and expertise, Swanepoel created a swimwear brand focused on timeless silhouettes that will look stylish for this summer and seasons to come.

Beyond the surface, Tropic of C is committed to its sustainability-centric ethos. For this season, the brand claims that half of its swimsuits are comprised of Econyl, nylon fabric created from 100% recycled materials from discarded fishnets and other landfill waste.

Shop this brand to for an environmentally-conscious and effortlessly chic swim ensemble this season. 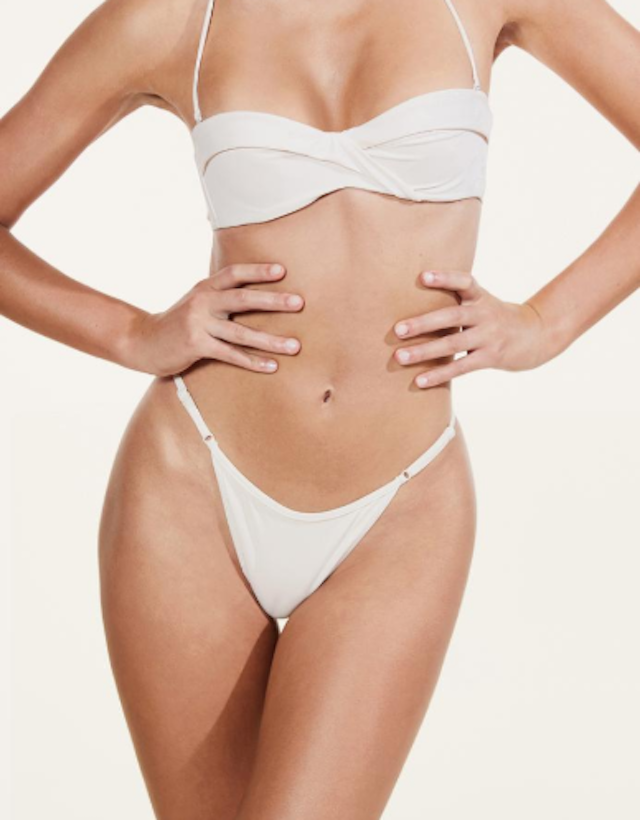 Tropic of C Luna Top ($80) TROPIC OF C
Timeless yet trendy, test out the balconette bikini style with this swimsuit. Shop the coordinating bottoms here. 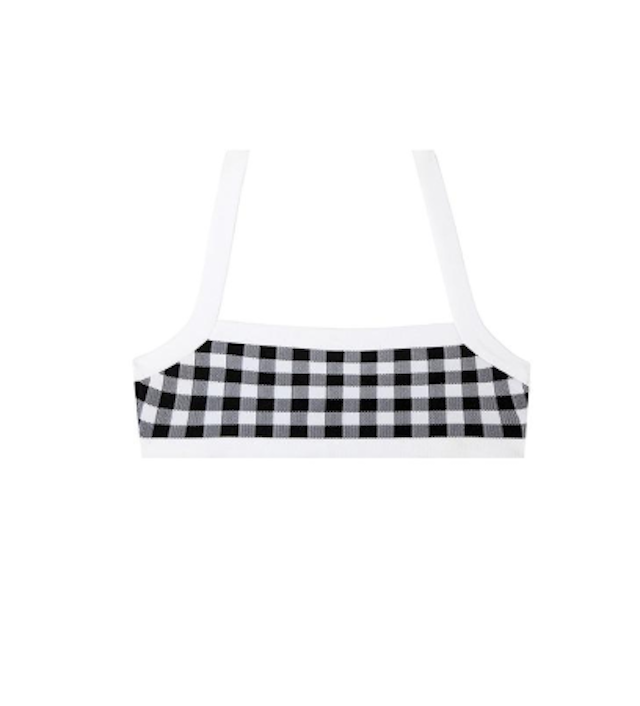 A sustainable take on your traditional ribbed swimsuit, try out this of-the-moment square-neck style for summer. Find the matching bottoms here.

admin Hozzászólások: Comments Off on Tropic of C in Forbes’ Rising Swimwear Brands To Know Before They’re On Everyone’s Radar news

Jerome Duran gave us the hint and we finally know more about this incredible project.

Candice, Jerome, Italo Gregorio and Genevieve Morton went to Kenya and have been posting different photos of their time there.

Mwale Medical and Technology City have posted a recap of their Instagram and provided information about.

Saturday June 1st, 2019 at Mwale Medical and Technology City (MMTC): We were honored to host Candice Swanepoel and her team at Tropic of C, a US based apparel company during her exploration tour in Kenya at MMTC.

Candice is a successful entrepreneur being the CEO and Creative Director at Tropic of C and was listed among top 10 earning models worldwide by Forbes Magazine in 2013, 2015 and 2016.She is widely known for her work with US based apparel Company Victoria’s Secret since 2007.

She is a global ambassador for Mothers2mothers an organization working to achieve HIV free generation of mothers and children in Africa. Candice and her team explored benefits of the local community from the City’s development. They toured and interviewed some of the community members about their work with the City. Many community members fill thousands of job opportunities available in the City and grow their farm produce organically which is then supplied to the City’s supermarket.

The City employs the integrated development plan where homes for community members are upgraded to modern standards and rental homes built for them which they rent to ever increasing City workers. Amenities such as paved roads and solar street lights are available to the community members and universal healthcare will be provided at the 5,000 bed Hamptons Hospital currently under construction.

When fully completed this US $ 2 billion community owned sustainable City will employ more than 20,000 workers becoming a key economic hub in the 14 County Lake Region Economic Bloc (LREB) in Kenya. Mr. Stoltzman, a senior adviser to Tropic of C and a celebrity fashion agent who has managed Maye Musk the mother of Telsa’s Elon Musk apart from Candice. Tropic of C is exploring the launch of their products in Africa with Kenya as the entry point.

MF Fashion wrote a online post about the upcoming launch of Devon Windsor‘s swim line and the swim lines of Alessandra Ambrosio, who recently launched Gal Floripa and Candice Swanepoel‘s Tropic of C.

The young American is the last of the Victoria’s Secret top models to have launched her own business project. His new swimwear line, of which some pieces have already been unveiled, is ready for the summer debut.

From angels on the Victoria’s Secret catwalks to designers of their own swimwear line. The list of top models that choose to embark on an entrepreneurial adventure parallel to the already well-established career is getting longer. The latest is the American Devon Windsor , who announced through a post on her Instagram profile the upcoming launch of Devon Windsor swim , whose first pieces have already been unveiled on the page specially created immediately after.

The 25 year old supermodel originally from Missouri, who since 2013 has been treading the catwalk of the annual fashion show of the lingerie brand of L Brands , said she spent last year working on her new project, whose first collection is coming for summer 2019 and has already been anticipated by a promotional video and some shots.

However, swimwear brands are not an unexplored terrain for the most famous underwear models in the world. At the beginning of last year, in fact, the South African Candice Swanepoel presented her Tropic of C, a minimal beachwear line with delicate nuances inspired by the earth, composed of whole chic, clean lines and bikinis with vintage silhouettes but with an approach modern, with a balcony top and high bottom and high legs.

The collection, inspired by the love of the top model for nature, is made of 50% with the use of eco-friendly materials such as Econyl, a green and bi-elastic technical fabric obtained from the recycling of fishing nets and others waste, and involving suppliers as sustainable as possible to reduce environmental impact.

However, veteran Alessandra Ambrosio was a pioneer in the sector . The now ex-Brazilian angel, protagonist from 2000 to 2017 of Victoria’s Secret campaigns and fashion shows and twice chosen to wear the famous Fantasy bra, from November 2014 he is designer of his brand Ále by Alessandra, whose swimsuits mix the Brazilian chic boho in California.

DivineCandice’s own add to the article adding Gal Floripa.

Alessandra Ambrosio launched on 2019 her new swim line partnering with her sister and her childhood friend. Celebrating their motherland roots and sisterhood bonds, iconic beauty Alessandra Ambrosio, with her soul sisters Gisele Cória and Aline Ambrosio, join forces to conceive an authentic and personal project: a lifestyle brand with purpose to inspire women to embrace their femininity with a holistic approach.

Meaningfully named “GAL Floripa”, symbolizing the synergy between Gisele + Alessandra + Aline and the location where it was created and inspired by, Floripa.

“Growing up in Brazil, Gisele, Aline and I spent most of our summers together by the beach, immersed in the natural beauty of Florianopolis, known as “The Magic Island”, and spending almost every moment of the day in our swimwear,” said Alessandra Ambrosio, co-founder of the brand. “It makes sense that swimwear became like a second skin.

With that knowledge and experience, the partners’ designs, by women for women, highlight their understanding of how swimwear effortlessly enhances a woman’s feminine figure and curved lines paying special attention to fabric, contour, color, cut and detailing.

The spirit of GAL Floripa is aligned with Mother Nature’s essence; it’s many rhythms and flows, mysteries and magnificence, as well as connection of its elements with women’s lives.

Tropic of C can be shop in the next e-commerce sites.

Quincy Davis sells Tropic of C in her physical store in NY.

Gal Floripa can be shop at this link.