She also asked her fans “what music is helping you though these strange times ..?”, so you know, leave your music on her comments.

Happy New Year everyone! I hope this first week of the new decade is treating you fine.

Tropic of C announced 3 new stores to their already known worldwide expansion. The brand can be found now in Tel Aviv at Factory 54, Cape Town at the exclusive The Marly Boutique and the Paris’ Galleries LaFayette.

Such an amazing new expansion for the brand that also sells in Miami at Eight Space, Toronto at Holt Renfrew and London at Selfridges in both; online and physical store. For online shopping you can find the brand at MyTheresa, Goop, Moda Operandi, TropicofC, Olivela and Buyma.

On October 26th Candice Swanepoel shooted for the brand Free People in New York. The photographer was Sebastian Kim, with whom she worked in a shoot for Vogue Korea. She also worked on 2014 for Free People in a campaign that you can see in our gallery.

The rest of the team shared different videos and a photo of the shoot via Instagram. 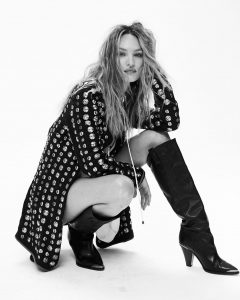 The full credits of the campaign are the next:

Last week Candice Swanepoel took to her Instagram to use again the ask feature. During 15 minutes her fans sent their questions and Candice herself answered some of them.

The first question she answered was about her return to Victoria’s Secret.

Are you going to walk the VS fashion show this year?

Her answer appeared with a gif of Minions and Hell Yeah sticker.

She was later asked for advice to young models, how much did it take her to speak Portuguese, if she will visit South Africa with her children, the hardest thing she had to endure in her career or managing her career and motherhood. 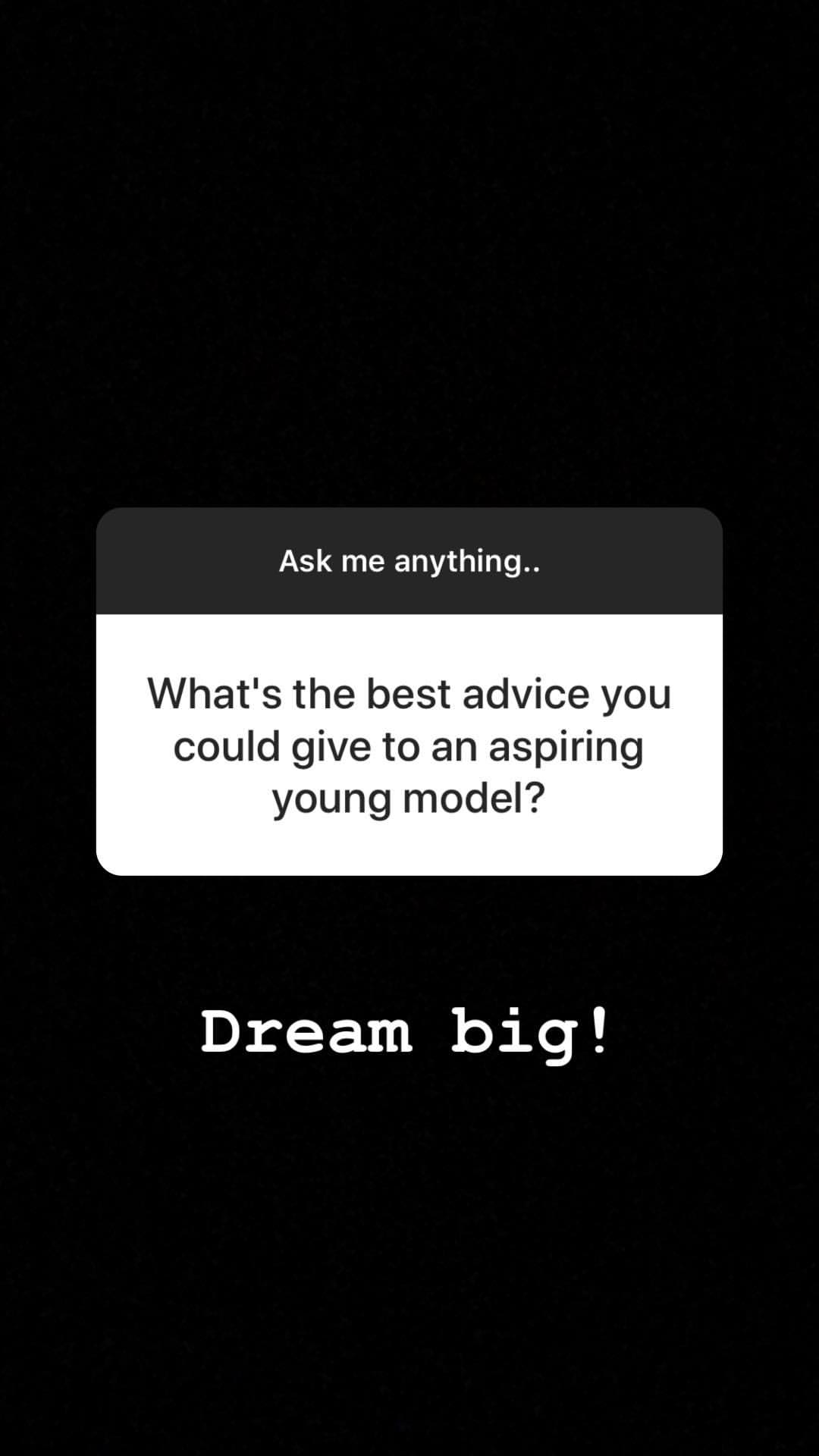 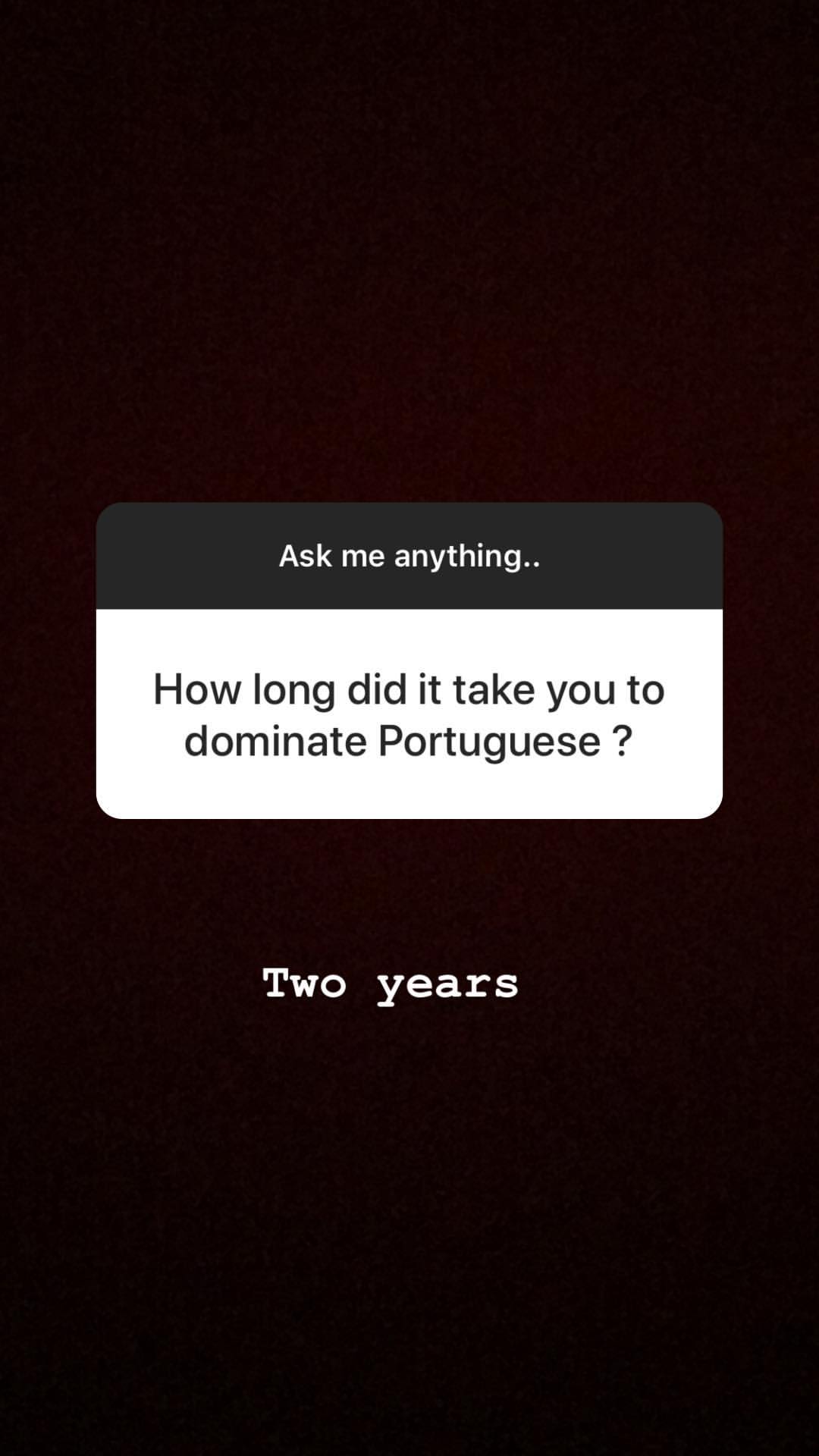 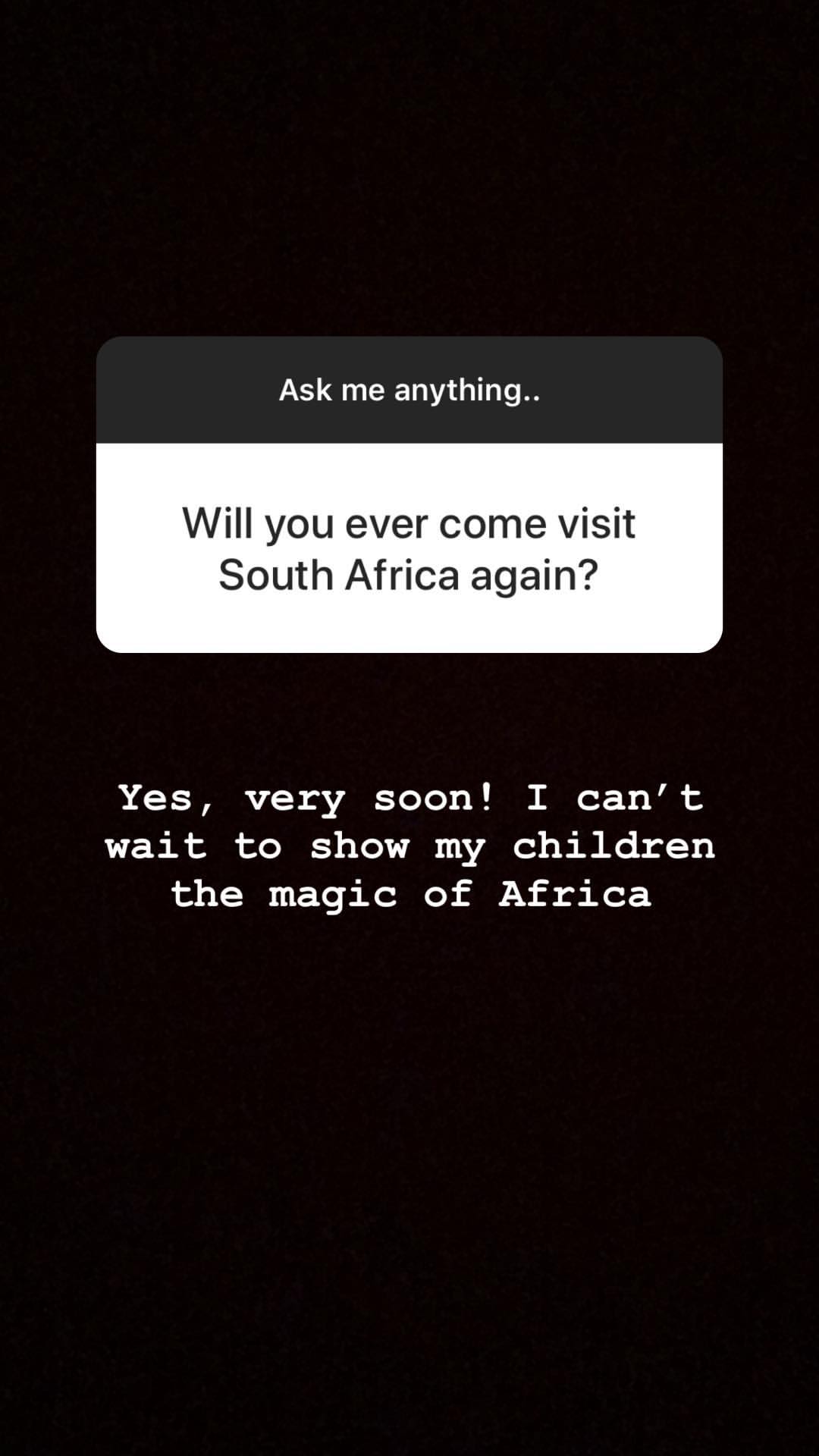 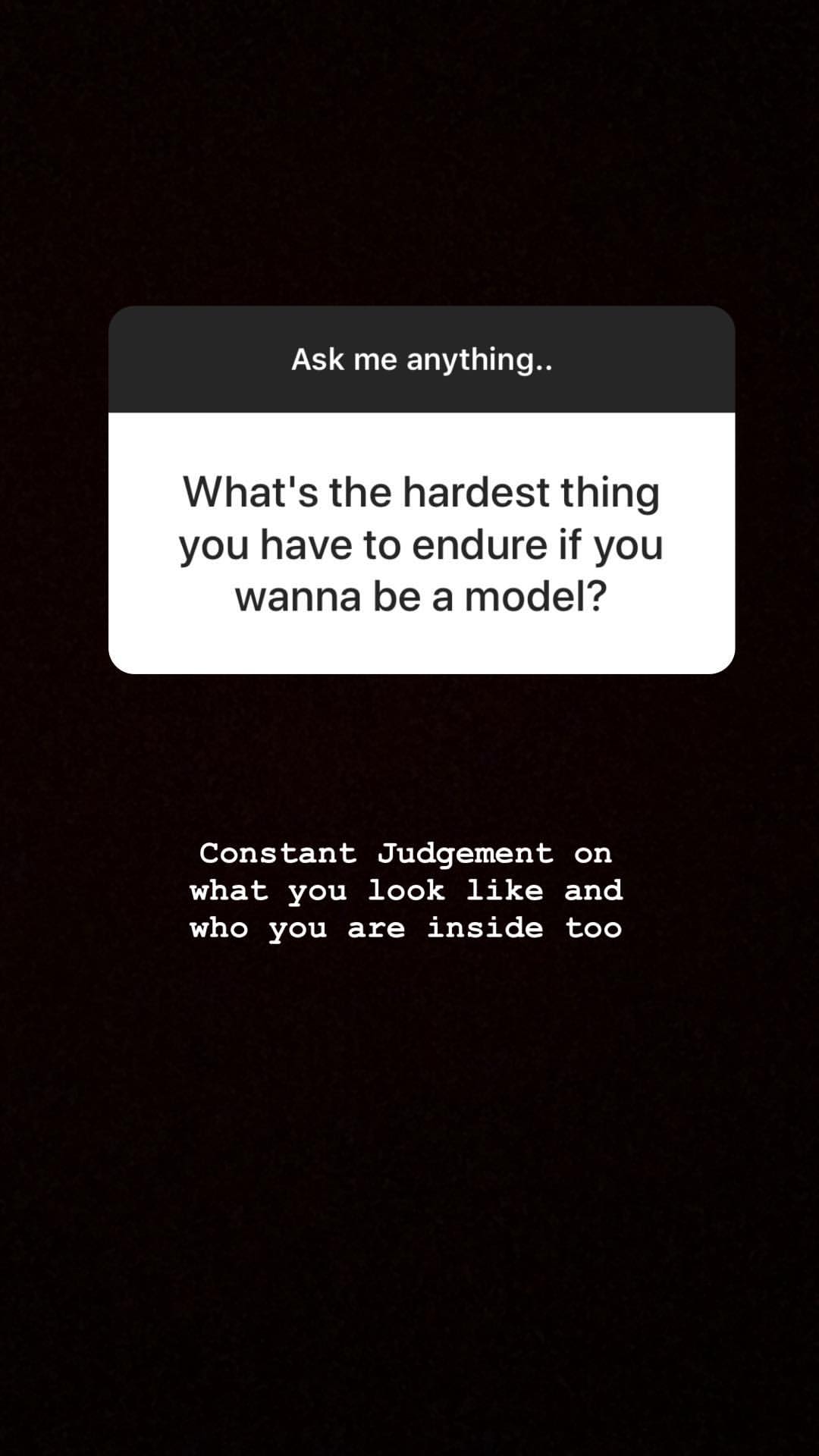 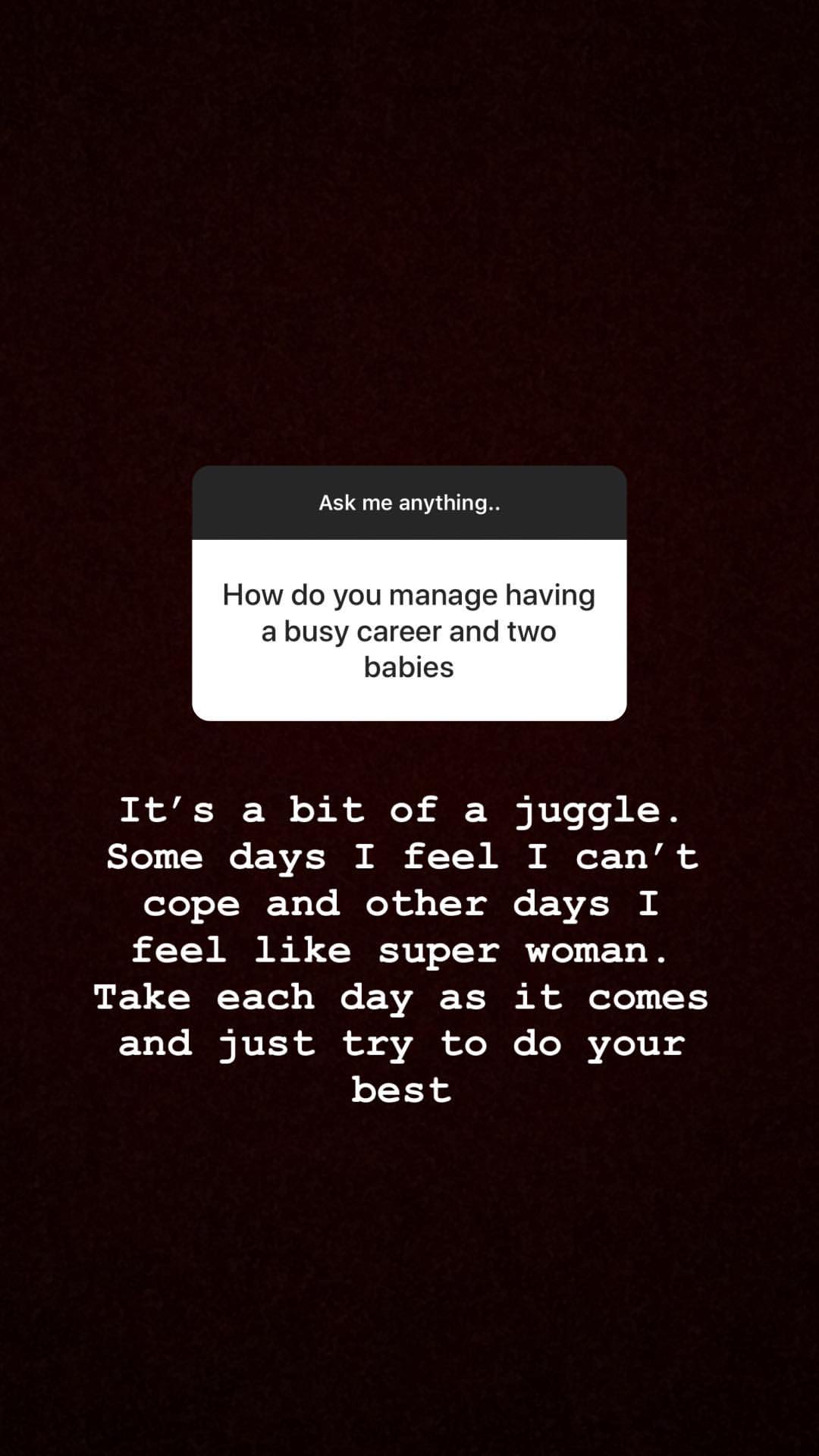 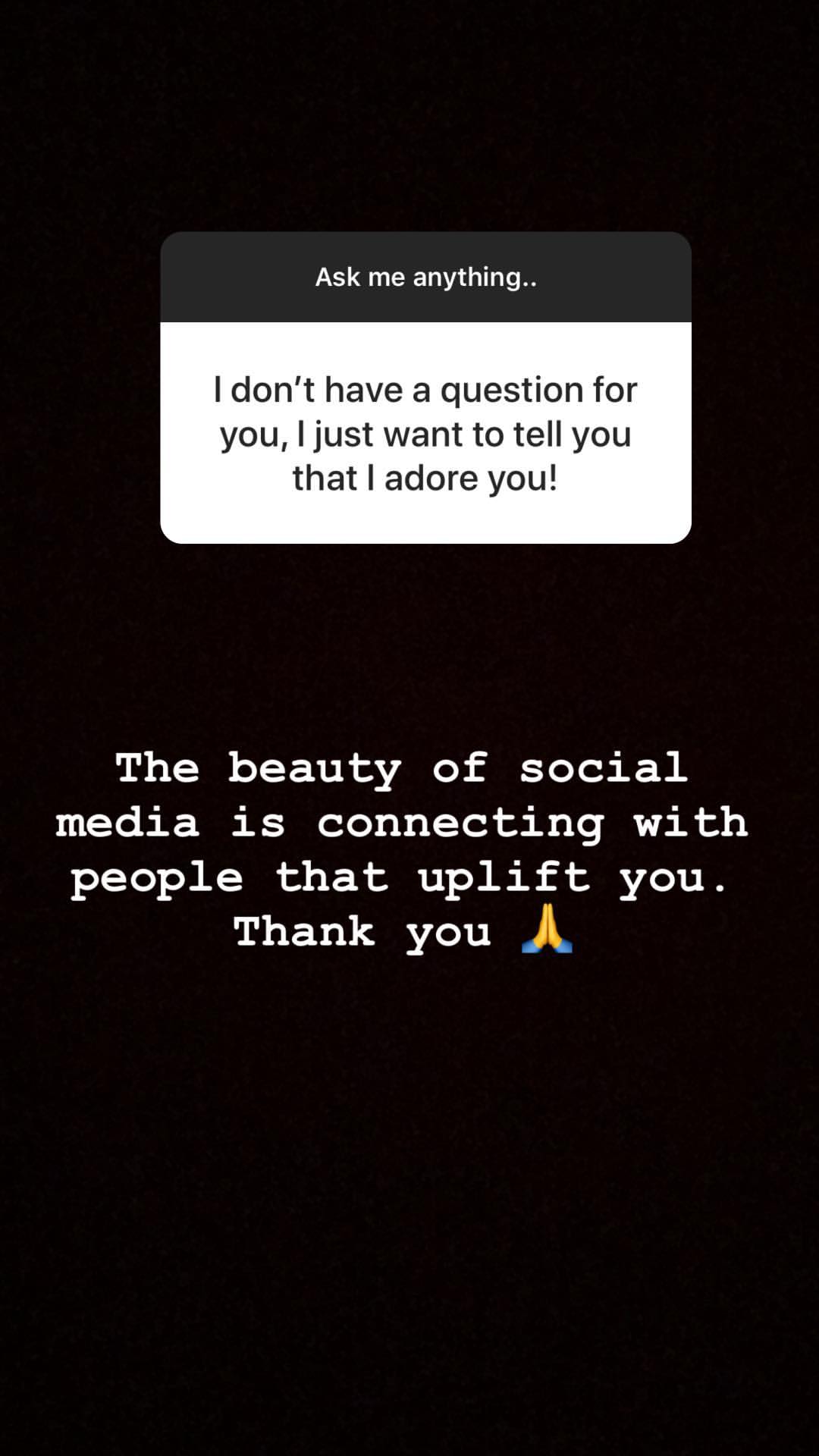 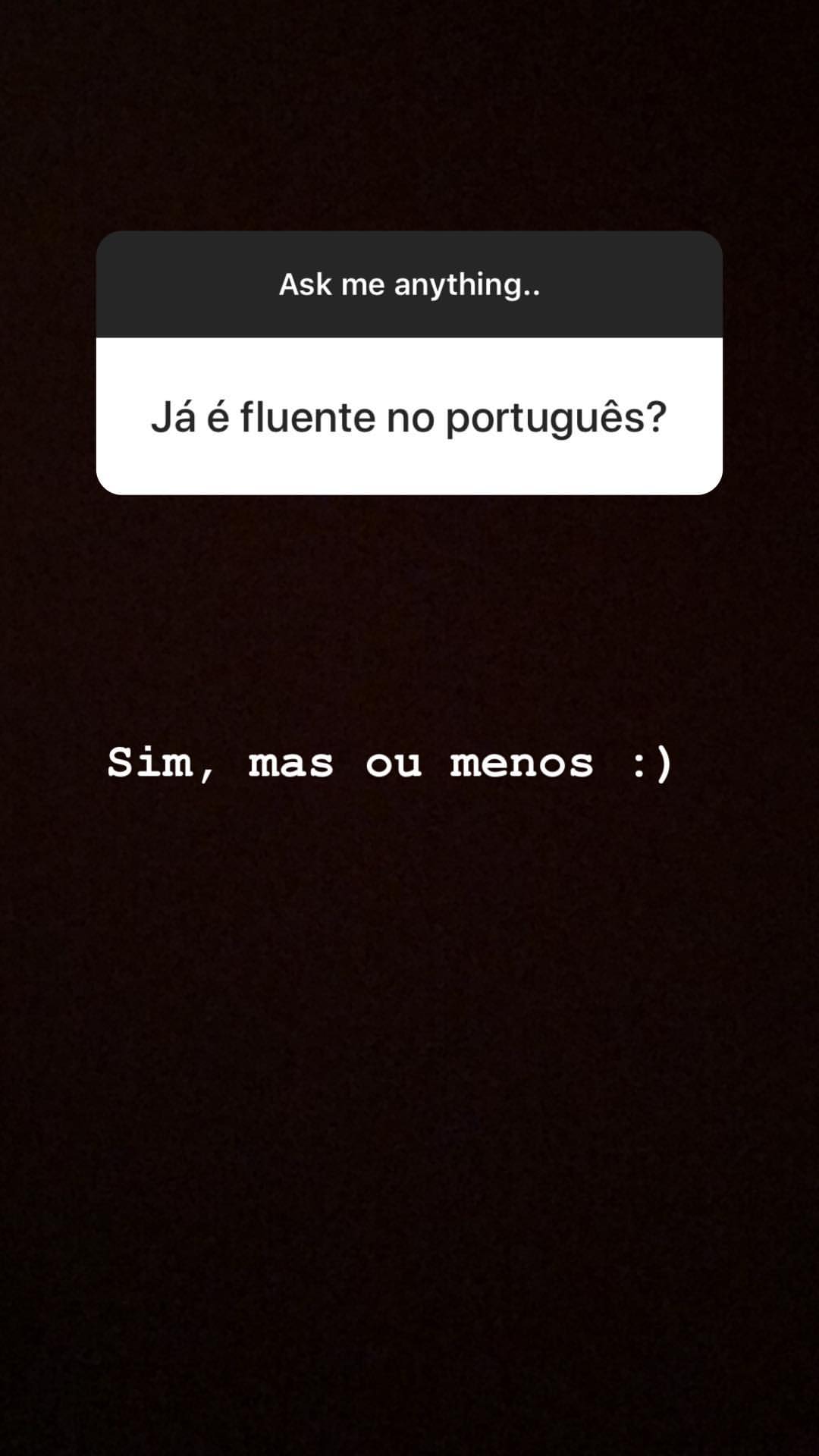 Her workout during breastfeeding was also a question that she answered and of course, Tropic Of C resort collection launch which will be out in November as confirmed by the South African beauty herself. 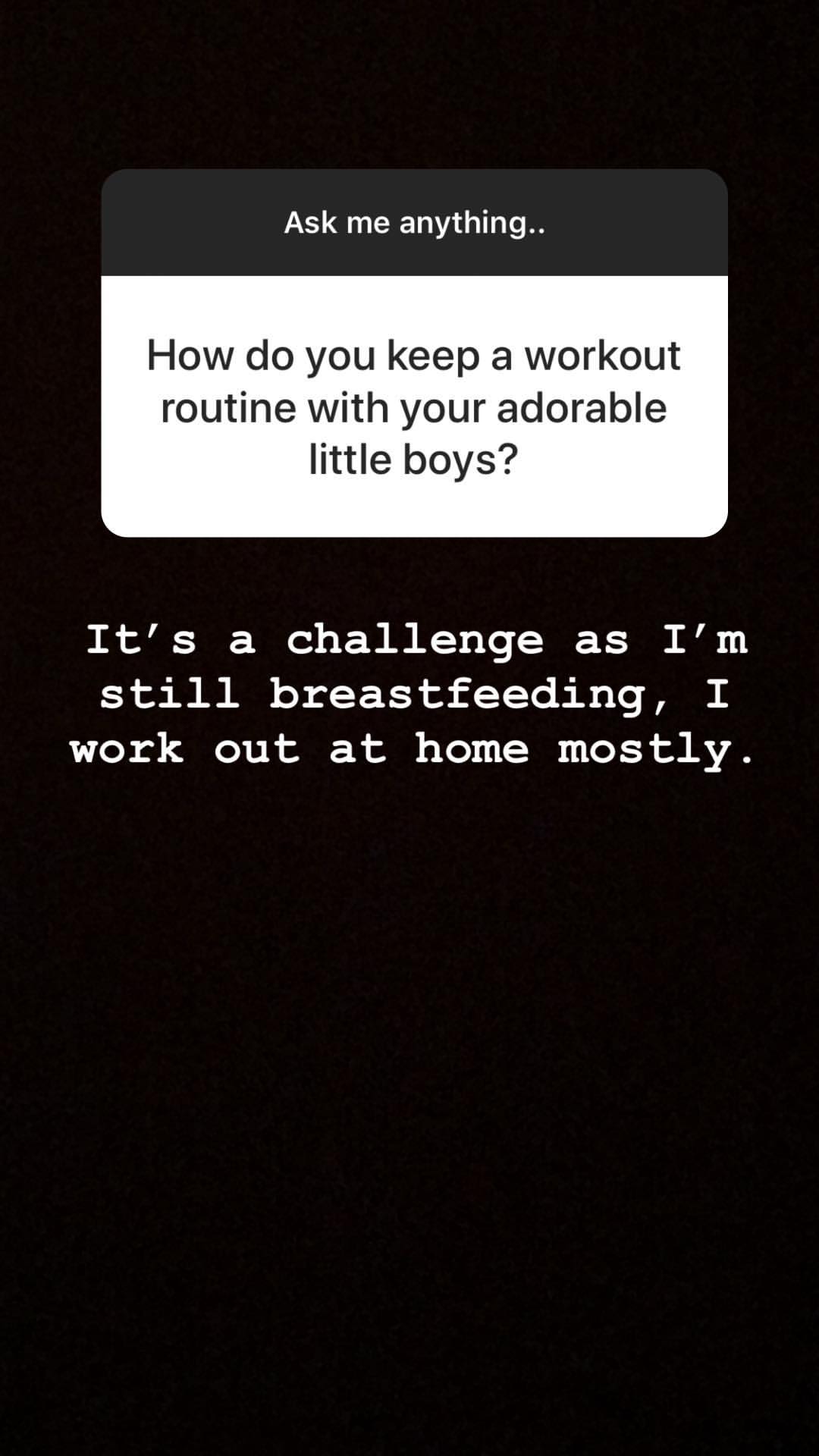 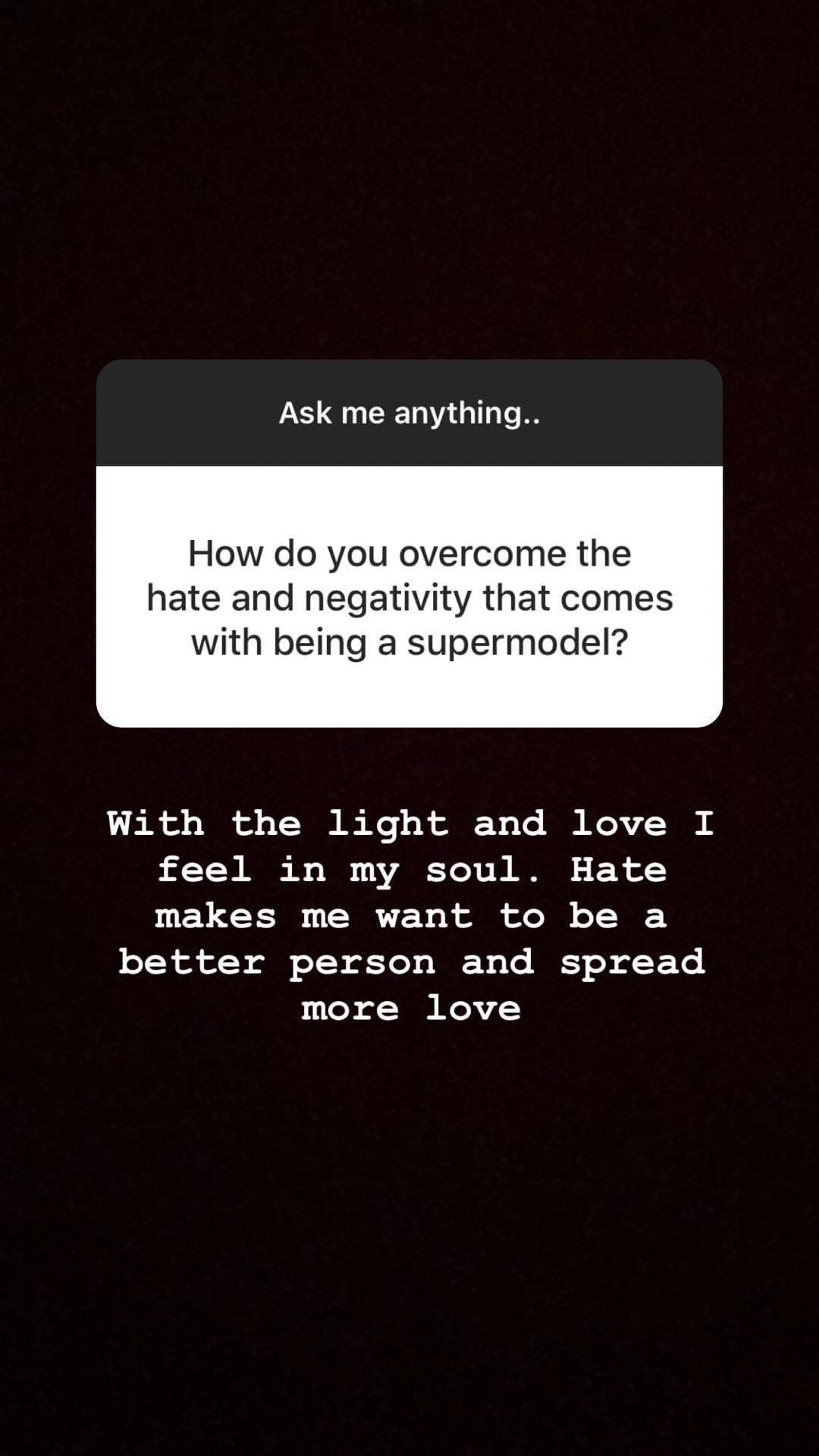 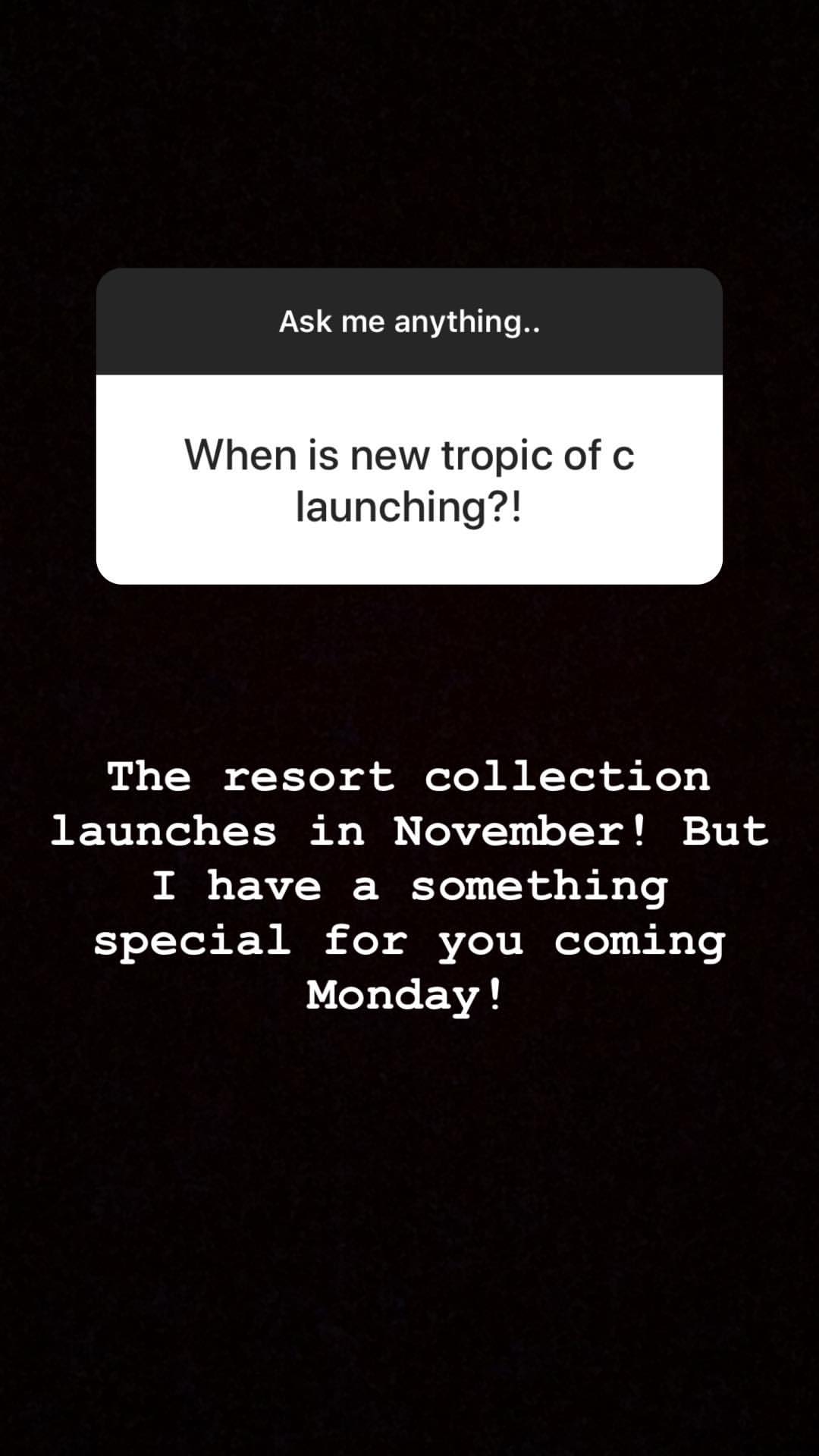 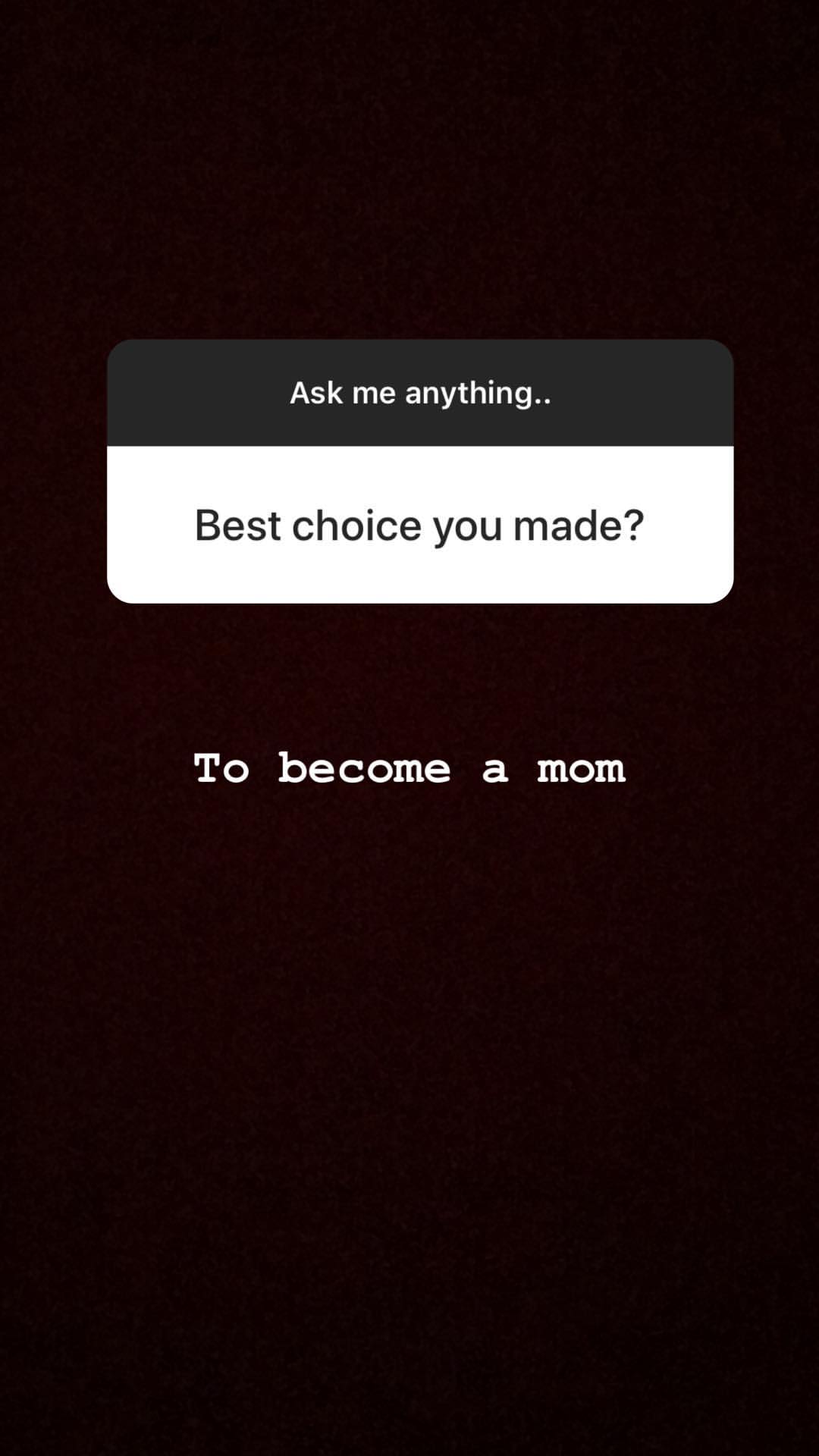 She ended her Q&A answering to a question about Ariel’s name and the other options that she and Hermann Nicoli had for his name. 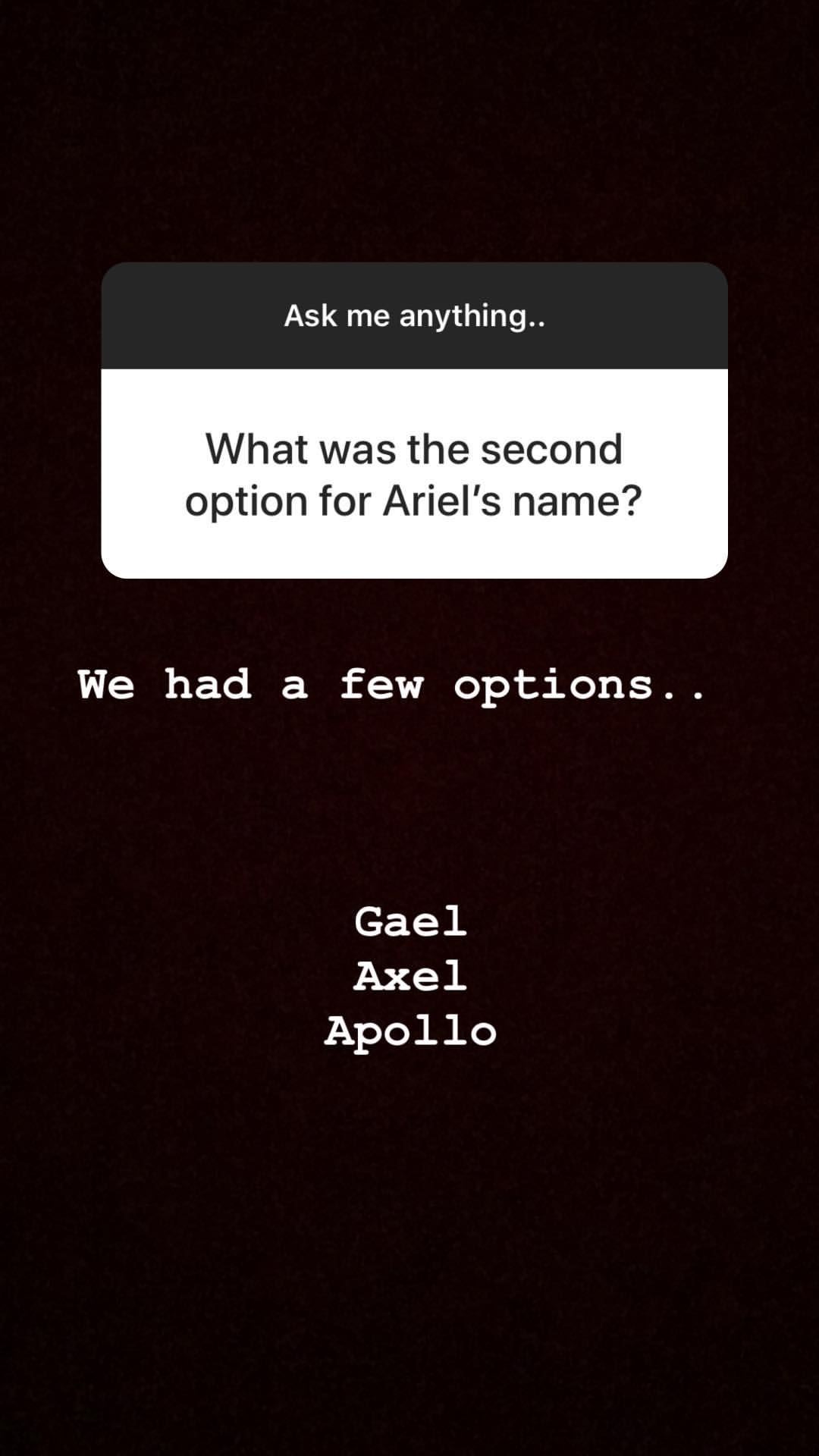 Do you want to know the meaning behind the names?

Ariel is a given name from Biblical Hebrew אריאל Ariel that literally means “lion of God,” although some have supposed it to be derived from the Arabic ארי ‘ărı̂y, meaning fire hearth. The female form is אריאלה (transliterated as Ariela, Ariella, or the American modernized Arielle). In modern Hebrew, Ariel is primarily used as a male name. However, in recent years in English-speaking countries, it has been more commonly used as a female name. An alternative English and French spelling is Arielle. It also appears as a surname.

The name Ariel is a Hebrew baby name. In Hebrew the meaning of the name Ariel is: Sprite; lion of God. A biblical alternate name for Jerusalem. Name of a prankish spirit in Shakespeare’s The Tempest.

Thus, the name Gael (from which we get the word Gaelic) is likely of Hebrew origin. As for the Old English word for “happy,” it’s likely derived from the Hebrew word “gil,” meaning “to rejoice.” Gail (usually short for Abigail) thus means “joy.”

The name Axel is the Scandinavian and German form of the old Biblical name Absalom. Absalom in turn is derived from the Hebrew name Avshalom which means ‘my father is peace’ and developed into the name Axel in Scandinavia through the Old Norse name Ásleikr.

The name Apollo is a Greek baby name. In Greek the meaning of the name Apollo is: Manly beauty. In Greek mythology, Apollo was the god of medicine and healing who drove his fiery chariot (the sun) through the sky.

Origin of the name Apollo: Derived from Apollōn, an ancient Greek name of unknown derivation. The name is born in Greek mythology by the handsome son of Zeus and Leto and twin brother of the goddess Artemis. Apollo, one of the twelve major dieties, was the god of music, poetry, prophecy, and medicine.